How to control something with phone and normal switch (Arduino) 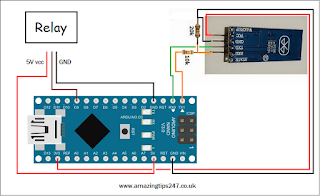 Well, in this post I want to share a small sketch which can turn on and off a relay or what ever you want via bluetooth serial monitor.

To control one thing with smart phone and normal switch we have to use "Two way switching method" like the picture below. 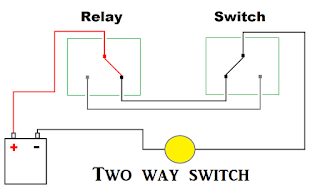 As you can see in picture above that you can turn on/off the light by using relay and switch.

Pin 9 is for relay.
When you send letter z via serial monitor, it will turn on/off the relay and same with the letter x.


Please watch the video to see the sketch in action.