Control speed of a dc motor with pwm in Arduino 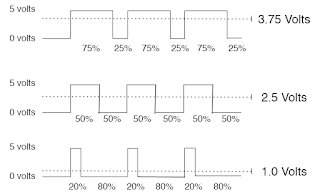 Right, in this post I'm going to show you what "PWM" is and how it works?

So, let me give you an example, as you can see in the picture above, there are three examples in that picture. Every example's got same input power which is 5volts, but the output power is different.


Why?
Well, that's because in the first example you can see that the duration of the power is 75% then 25% no power then 75% power again so if you continue like this then the output power will be 3.75 volts.

Ok, Let me give you a real example which I've done with Arduino, please watch the video and see how easily you control speed of a dc motor without any potentiometer.

There are three sketches, please upload one sketch at a time.


Note: You can change the "delay" numbers according to your needs. 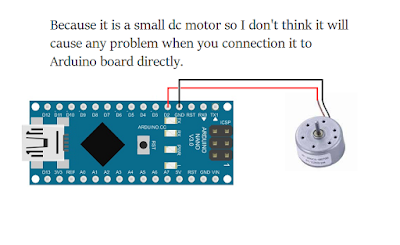