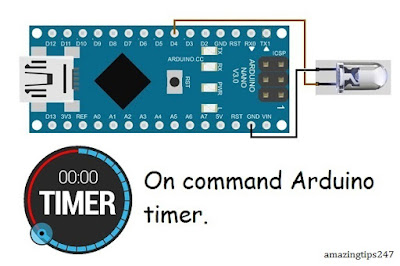 Well in this post you will know how you can turn on something for certain time and then turn it off, simply by sending some command via serial monitor.

What are the functions?
Note:
The led is just for an example, you can control many other stuff with this sketch or just by changing a bit.

How to set the numbers?
In Arduino there are 1000 miliseconds in a second so you might have to do the math, but here are few examles for you.