How to play soundtracks from different folders in catalex mp3 player 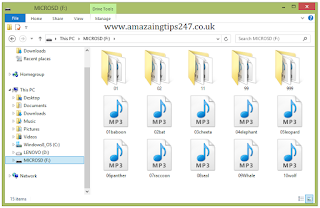 I think I probably would not write this post if John Turcott did not ask me, so most of the things in this post will be dedicated to him but other people can get the idea too.
Answer: Well, you can do that by changing the code a bit which I will explain to you down below.
Ans: Yes it is awkward for any human. We don't like numbers to short out files and we easily get mixed up with the files which one is which, but computers work differently than us. It's easier for computers to find/sort out stuffs with  numbers than letters and words so in that case I think we will just have to accept it unless someone comes up with any other way.


Note:
If you (other people) are new to catalex mp3 player and you looking for basic functions then please see my another post for that because over here I'm thinking not to go over them again.

Ok, now let's begin and start with the sketch.


As you can see the sketch is almost same as before beside only one thing, and that is you just need to change the folder number. I've tried with few folders 01, 02, 11, 99, and 999 as you can see in the picture at the top just to see how many folder can I add and it's seems like you can at least make 999 folders. And in every folder you can put 10 sound tracks, I've tried to add more than 10 but that didn't work.

That's all for this post, I hope it helps you.