Dht11 and soil moisture sensor at once 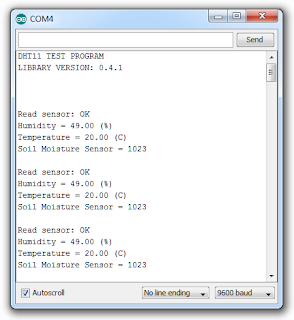 Someone wanted to know how he can compile sketch of a DHT11 and a soil moisture sensor so that he can monitor humidity, temperature and moisture at the same time.

Well this is the sketch which does all those things at once plus you can control something with humidity, temperature or moisture of the soil. 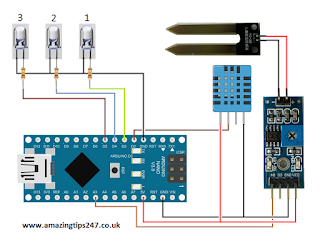 Pins:
A3 which is analogue pin 3 in the arduino, if you want you can change the pin but make sure you change the pin in the code ( int sensorValue = analogRead(A3); ) as well. 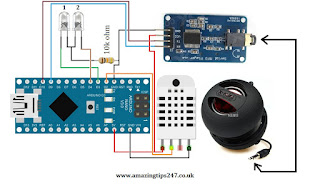 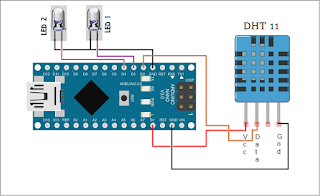