What's wrong with that tattoo? 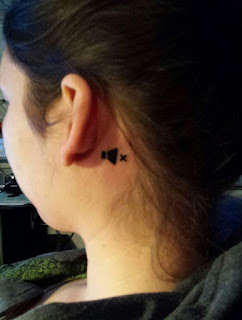 It's impossible to tell if a person is deaf just by looking at him/her, but if they put a sticker or make tattoo of a mute speaker it can make life much easier.

After someone posted the picture on Facebook people are fighting over the tattoo and some even don't agree with the mute speaker symbol.

Let's see what this guy wants to say.

So according to him and thousand other people this (speaker) symbol is not even the correct one instead she should have made muite microphone symble.

What's the solution?
Well, even though he is right but I think sometimes people don't take the meaning literally. So we have to consider how normal people think about this too.

For this reason most people think that mute means you can't hear and nowadays electronic devices made us think like that way too. So now if you put a mute sign next to your ear, most people will think you can't hear with that ear.