Sometimes You have to show that you worth something 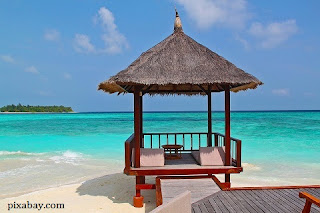 Well, I'm feeling quite good after rejecting a customer to keep the shop open for few more minutes then the closing time of the shop, and here is the reason why I did that. The customer was begging to keep the shop open for few minute so she can bring someone and get  the thing she wants. I said why don't you come tomorrow? She said the other person will not be here tomorrow because they are going abroad.


Well, you maybe thinking I don't have a heart, what would have happened if I stayed for few minutes. To answer the question let me explain a bit how my behavior has changed over time, and it's all because of the behavior of customers and my wage.

See if I wanted I could have stayed there but what would have happened.

1. That customer would come and look for the thing, and if they didn't find the thing they wanted they would go without buying anything. Is this case means I would have stayed there for nothing. Of course you will say I would get my wage which I'll talk about later.

2. If they had found their stuff and bought it, what would have happened? Well, in this case my boss would get most of the money because it is his shop and that's why of course most of the profit would go to him. And on the other hand he wouldn't have given me a single extra penny above the fixed rate (The fixed rate is divided into 1 hour = 60 minutes.), that means he would have given my wage by calculating down to the last minute. So I wouldn't get any bonus money for staying back, and the customer wouldn't know this and they wouldn't even remember the favor I did for them by staying late.

I did this kind of favors for many customers but in return I didn't get anything, neither from the customers nor from my boss. In about 7 years I have seen only 2 customers have mercy on me and gave some tips. Imagine in these 7 years I might have dealt with tens of thousands of customers and within them only 2 were kind enough to give me some tips. And you were probably thinking at the beginning that I'm a heartless person. Please stop judging people before knowing the true reason.