You probably already know what annotation is so I won't really go into it. I just want to say that those annoying annotations will soon go away as YouTube has announced it today. I used to dislike those annotations if I saw too many in one video, but as a content creator sometimes I used to use it in my videos. But rarely some one used to click on them , plus it didn't work on mobile devices.


Reason to discontinue:
If you want to read in detail you can always visit the YouTube's official blog or just by searching   Keep fans engaged with Cards & End Screens as we say goodbye to Annotations Editor on Google.

Some people might still miss it but I think it's fine, finally the annoying boxes will go away. Oh I forgot to say the old Annotations will stay but you won't be able make a new one or edit the old one. You will only be able delete the old ones. I say just delete and let people watch your video in peace. 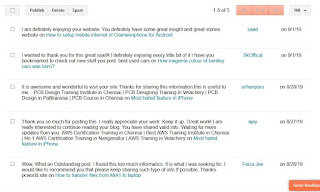